THE MIRACLE MAN OF ALBANIA

The Miracle Man of Albania

The story of Mehmet Karagoz is extraordinary. The 17th century magician drew the rich and the famous to his mountain retreat in Albania in search of ‘miracles’ from him. Yet he would accept no payment. He could materialize himself hundreds of miles away without leaving his home. He could cause the death of someone merely by looking at them. He was a magician who yet disowned ritual, magic circles, and the like. Gnostic and Sufi ideas fused his teachings. Yet he was not born with such powers: in fact his shaman father even said he did not have what it took to follow in his footsteps. So he went on a tour of Central Asia and India in search of secret knowledge. In 20 years of studying under 80 different wizards and teachers he came to the startling and disturbing conclusion that most of them were fakes. But out of this disillusionment and despair the man written off by his father emerged as the greatest magician of his time. Author M. Maximus attempts to piece together the clues to this man’s extraordinary power. 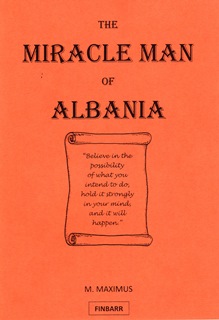